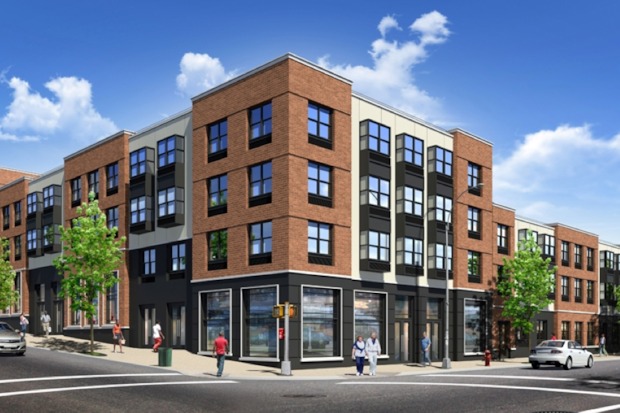 A rendering of the new buildings at 176 Woodward Avenue. Image: Aufgang Architects

It’s been a little more than three months since the six galleries at 17-17 Troutman were suddenly booted from their spaces. It was a huge blow to the Bushwick/Ridgewood arts community and it’s safe to say some people are still reeling. But the end of 17-17 may not mean the end of the area’s entire arts scene: a new development is putting aside space for artists lofts—and they’ll go for just $10/year.

Via DNAinfo: There’s currently a proposal for an 88-unit mixed use building at 176 Woodward Avenue near Troutman Street that will feature 3000-square-foot artists’ lofts going for the aforementioned low, low price of $10/year. The move was an effort by developer Slate Property Group to appease and gain the support of Councilman Antonio Reynoso (the site is zoned for industrial use at the moment). The deal also includes 50 percent affordable housing, affordable community space and storefronts.

The City Council approved the plan on Tuesday, which should clear the way for the new building. So, there you go. Art isn’t totally dead in Ridgewood.