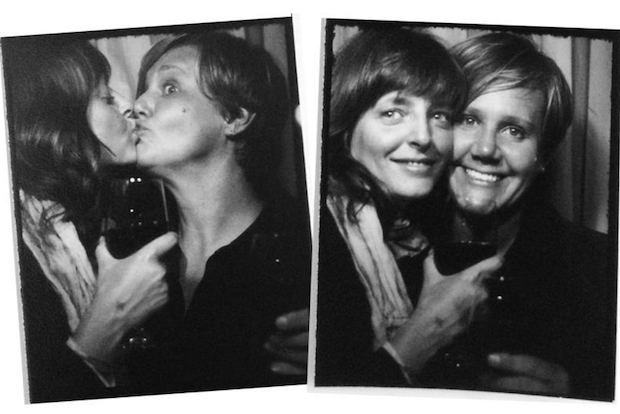 We’re already sobbing with sympathy for them. Image: DNAinfo

See the lovely couple above? They seem so sweet and happy.

The only thing is–they aren’t effing around: That same sweet couple (together for 14 years and counting) also happen to be the first pair to sue the crap out of the already legally embattled Jason Stevens,  former owner of DUMBO’s now-bankrupt reBar.

Via DNAinfo: Nancy Nienberg and Jennifer Liseo of Park Slope have formally filed a lawsuit against Stevens following the abrupt cancellation of their September 9 wedding and the loss of $34,000 in wedding deposits. That means that in addition to the Brooklyn D.A.’s charges of grand larceny and tax evasion (each carrying a maximum of 15 years in prison), Stevens is now also being charged with fraud.

“Stevens took [Nienberg] and her fiancé to the roof and took pictures with the New York skyline in the background to further convince them that reBar was the best venue for their wedding celebration,” says the lawsuit, which was filed on Monday.

And in case your heart wasn’t breaking already, here was the wedding day plan:  The couple would get married at City Hall and then mosey across the Brooklyn Bridge to reBar where they and 200 guests would enjoy a  five-hour open bar, free popcorn and karaoke.

There’s no word yet on how long it will take for Nienberg and Liseo to get their day in court, but we know that at the very least, they won’t be the last to sue. Remember, there are already rumors that other couples are putting together a class action suit to recover everything they can as well.