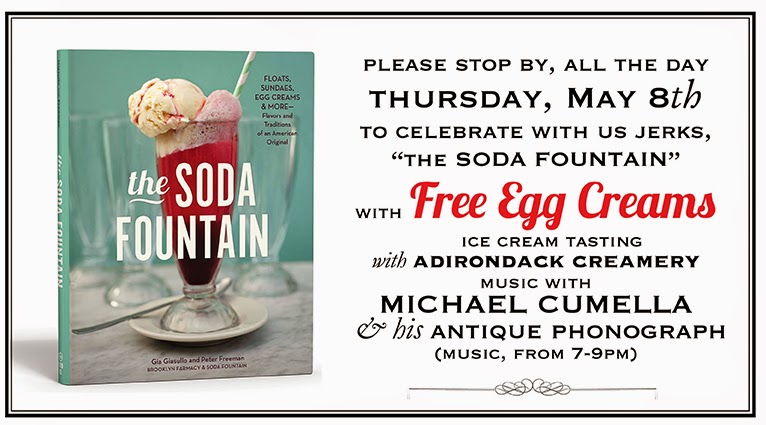 We don’t want to be presumptuous or anything, but we’re pretty sure egg creams are experiencing a comeback. Back in March, we came across a new Chocolate Egg Cream stout from the Bronx’s Jonas Bronck’s Beer Company and now, according to Brokelyn, our very own Brooklyn Farmacy and Soda Fountain is slinging free egg creams all day long.

For our younger readers, egg creams aren’t nearly as gross as they sound: They’re actually a delicious combination of chocolate syrup, milk and seltzer and contain absolutely no trace of eggs. What’s more, they were invented right here in Brooklyn!

So, in celebration of that fact and their new recipe book, The Soda Fountain, Brooklyn Farmacy is serving up egg creams to anyone who visits the shop between 10 a.m. and 10 p.m. today.

Head to 513 Henry Street at Sackett Street to get in on all the sweet, sweet action.