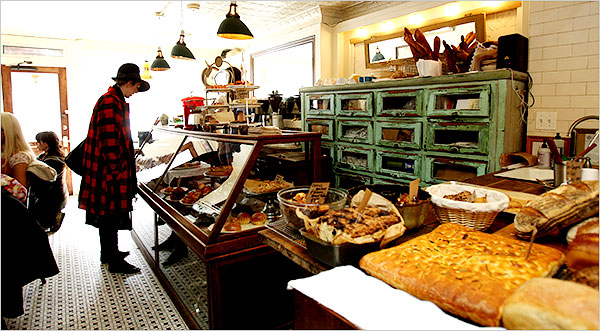 National Carb Season (i.e. winter) may be over, but it doesn’t mean we have to turn our backs on life-giving breads and pastries just yet. Especially, not if you live in Greenpoint.

According to the Greenpointers blog, a second location for the much-beloved Bakeri has opened in Brooklyn’s northernmost neighborhood.

Since opening in Summer 2009, Bakeri has not only  become famous for their freshly-baked breads (which include everything from ciabatta to challah), but for their desserts, coffees, pastries and truly impressive list of sandwiches as well. According to Greenpointers’ Evan B., sandwiches and such are not on the menu just yet, but they will be soon enough and none of them will set you back more than $10.

Bakeri is located at 105 Freeman Street between Franklin Street and Manhattan Avenue and open from 8 a.m. to 7 p.m.

Video shows how the BQE changed an enormous swath of Brooklyn

Video shows how the BQE changed an enormous swath of Brooklyn