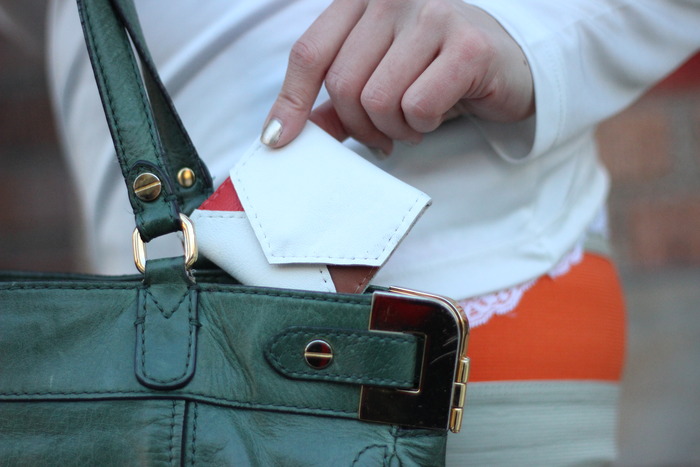 Few should-be common purse items are as ugly and scratchy as condom packages. (They also happen to be the one common purse item that, until last year, could be used against you as legal evidence of prostitution.) It’s about time those helpful little things that protect us against pregnancy and STDs became less of a Big Deal to carry around. Lo and behold, one super-cool Brooklynite is on it.

28-year-old Janice Chan dreamed up the “condom wallet” after a few Google searches, which revealed that all the products designed to carry condoms discreetly were created with men in mind (exhibit A: cases that read “Lay a Little Lovin’ On Me.” Try to imagine breaking that out in the bedroom with someone you’ve just met.) Inspired by the leather business card case she’d use on nights out, Chan designed an envelope-style wallet that can fit up to three condoms.

Her Kickstarter for the Plan A Project just exceeded its $12,000 fundraising goal, and Chan, a former lawyer and entrepreneur, hopes to launch the line this summer. Pre-orders are available online ($28), but Chan also plans to have them stocked at local sex boutiques as well.

What’s perhaps most exciting about the project is that Chan is quite explicit in her goals, which extend far beyond creating a fancy or fashionable way for girls to hide the sex they’re having. “I hope this project will start conversations about sexuality, slut-shaming, feminism, double standards and related topics,” she states in her Kickstarter. This includes an alternate product line of clear condom cases, inspired by conversations she had with friends that basically boiled down to “Why should we care if someone sees our condoms?” Chan explains, “I decided I needed an aggressive, progressive option to ensure that Plan A wasn’t about shame or perpetuating outdated stigmas.  So every order of a leather case will include a clear case, for those nights when you couldn’t give a shit what others think.” We hear that, girl. 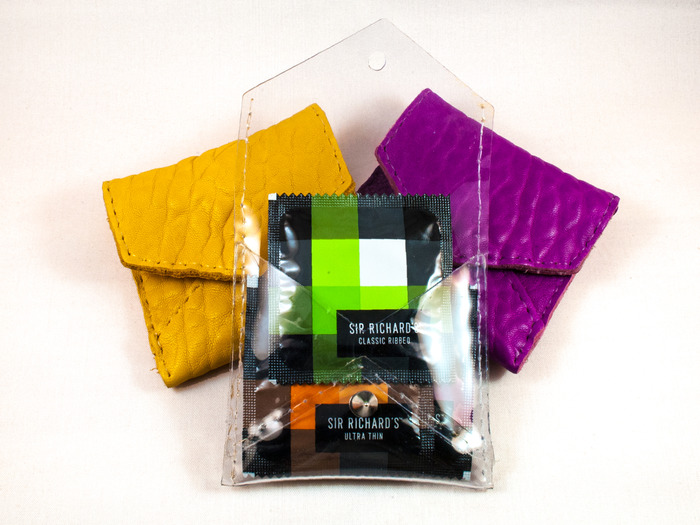 However, DNAinfo reports that Chan’s faced some backlash for the Plan A Project, including stigma from men she’s dated, some of which haven’t called her back after finding out what she does. And in response, we would like to know where these mean Brooklyn men are and can we have a word with them?