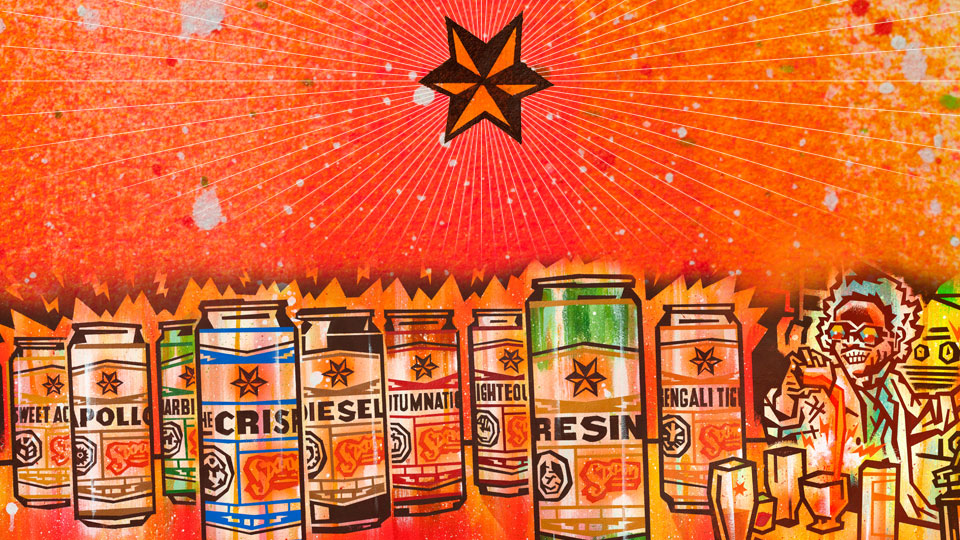 Here’s a new chapter for the epic “trés Brooklyn” saga: Sixpoint is going to the U.K. According to Grub Street, the Red Hook brewery recently brokered a major deal with pub chain, J D Wetherspoon, which boasts 900 locations throughout Great Britain. The deal, which goes into effect next month will put three Sixpoint beers in all  J D Wetherspoon locations.

The starting lineup will consist of The Crisp (a German pilsner-style, 5.4% ABV), Sweet Action (a cream ale-style, 5.2% ABV) and Bengal Tiger (an American IPA-style, 6.4% ABV), all core members of the Sixpoint team. But! There’s one major difference:

The beers won’t be sold in the 16 oz. cans we’ve come to know and love. Instead, J D Wetherspoon will sell Sixpoint brews in devastatingly cute 355 ml. (~12 oz.) “nano-kegs: 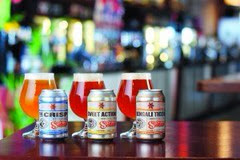 Eating Isn’t Cheating has a theory that the cans were made smaller to keep their price in line with the affordability people expect from J D Wetherspoon. Whatever the case, we’re just glad Sixpoint is making this big move. It’s exactly the type of milestone a brewery should reach in its tenth year and now we don’t have to worry about being too homesick for Brooklyn if we ever find ourselves in the U.K.

Pig Beach is being forced out of its original Gowanus location

Pig Beach is being forced out of its original Gowanus location