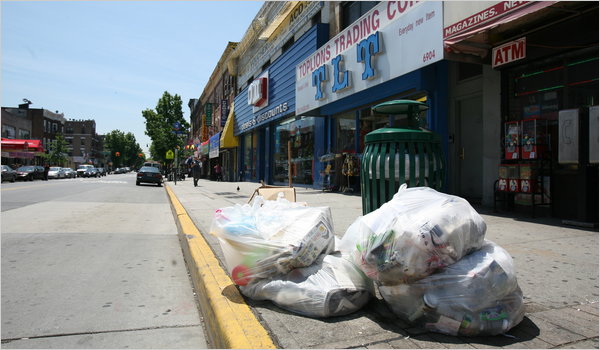 In this week’s episode of Things You Didn’t Know The Mayor’s Office Was Keeping Track Of, we discover  the quarterly report on street cleanliness, and in 2013 Bed-Stuy (and much of Brooklyn) came in near-dead last.

According to the Scorecard Community Board Report, only 85.1 percent of Bed-Stuy streets were found to be in “acceptable” condition despite the extensive gentrification the neighborhood is undergoing at the moment. Bed-Stuy was followed pretty closely by Community Board 4, which covers Bushwick, where 87.4 percent of streets were deemed acceptable.

This isn’t a contest, but if it was first place would go to Queens’ Community Board 11 (Bayside, Douglaston, Little Neck, Auburndale, East Flushing, Oakland Gardens, and Hollis Hills), which boasted a 99.5 percent. In fact, all of Queens killed it this quarter ,with an average street cleanliness percentage of 94.8 percent.

Obviously, there are a lot of external factors that affected these ratings. Perhaps it was an especially windy year borough-wide? Or maybe we just need to get it together and pick up after ourselves.