Etsy Officially Signs On As An Anchor Tenant At DUMBO Heights 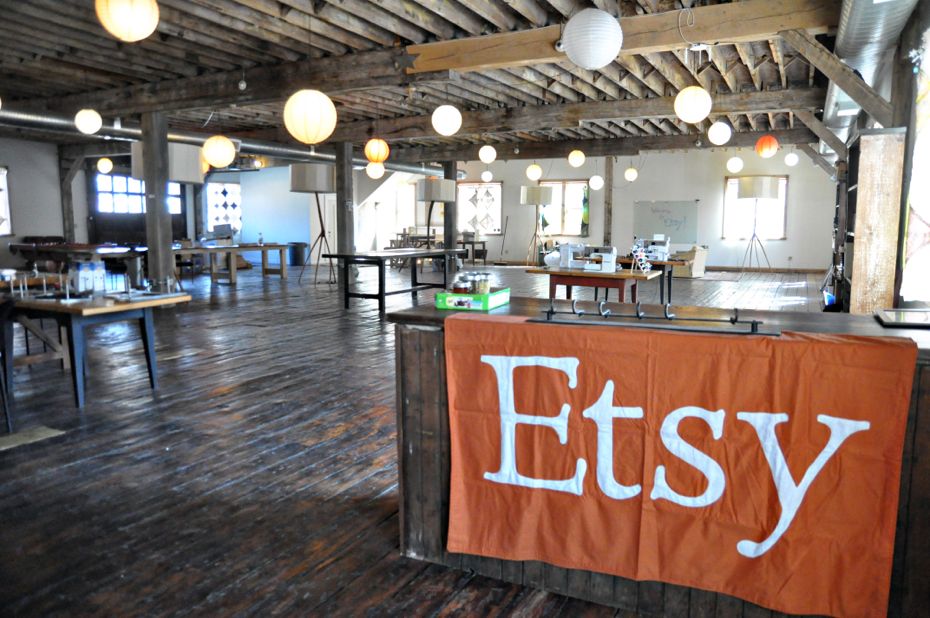 Image: All Over Albany

Last week, we reported that rumors were floating about that Etsy, one of Brooklyn’s favorite local tech companies, was eyeing a space at the forthcoming DUMBO Heights tech complex.

Now, we have confirmation from the company itself that Etsy has officially signed on as an anchor tenant at the 1.2 million square foot space.

According to a press release from the nine-year-old company, Etsy made a 10-year lease commitment to an office down the street from their current DUMBO office that will provide enough space for the DIY advocates to hire 300 new employees over the next five years while continuing to grow their business in their borough of origin.

Here are some details about their new workplace:

It will be LEED-certified and support our bike-to-work program, enabling us to continue our efforts to reduce Etsy’s environmental footprint. We’ll remain firmly planted in Brooklyn, where so many independent, creative businesses are flourishing. We’ll continue to influence and be influenced by the mix of industries here, from media to fashion to a burgeoning manufacturing renaissance.

On top of all that goodness, employees will reportedly have access to a gourmet market, a roof deck, pet-friendly spaces and daycare facilities. So, basically, everything’s coming up roses for Etsy.

Hiccups notwithstanding, the DIY company plans to make the big move in 2016. Congrats, Etsy!