Brooklyn Nets Advance To 2nd Round Of Playoffs, Will Face Miami Heat 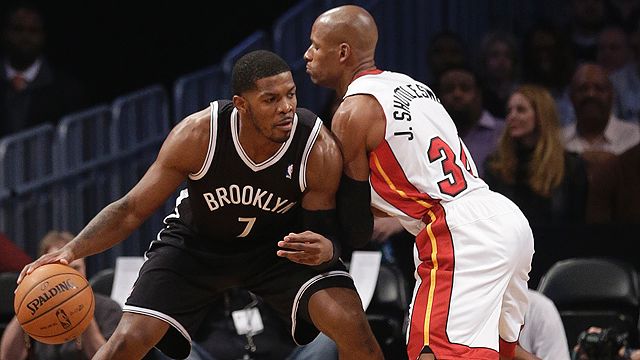 It’s been a pretty tumultuous week for the Brooklyn Nets. Just a few days ago, they were trailing the Toronto Raptors 3-2 in the first round of the NBA playoffs. Then, they managed to piss off their own fans via Twitter, later offering cheap(er) nachos to soothe egos. And the cherry on top of it all? Even Toronto’s mayor, Rob “Doesn’t Have A Leg To Stand On” Ford, didn’t think we could do it.

Well, lo and behold, the Nets have proved everyone wrong, beating the Raptors last night to advance to the second round of the NBA playoffs.

Last night was one for the history books. Not only were the Nets playing an against-all-odds  away game in the presence of thousands of ravenous Raptors fans, but it was the first time in their three-year history that they’ve won a Game 7 matchup.

Here’s a heart attack-inducing description of the last few seconds of the game from Guardian Liberty Voice:

It just wouldn’t be a game between the Nets and Raptors without it coming down to the final few seconds.

With the Raptors trailing by 104-103 with under 10 seconds to play, Terrence Ross came up with the huge steal to give the Raptors a chance at advancing to the second round for the second time in franchise history.

The ball was in the hands of Kyle Lowry for the final shot, but Paul Pierce came up with the series clinching block for the Nets, as the Nets took game seven 104-103.

Yes, the Nets won by exactly one point, which is more discouraging than it is worthy of praise, because let’s face it, that kind of just-barely-winning won’t cut it against our next opponents: the LeBron James- and Dwyane Wade-led Miami Heat a.k.a. the winners of the 2012 and 2013 NBA Championships. The Nets will be playing for their lives.

Game 1 against the Heat kicks off at 7 p.m. tomorrow in Miami’s American Airlines Arena.