Study Finds It Would Take 3.5 Full-Time Min. Wage Jobs To Live In NYC 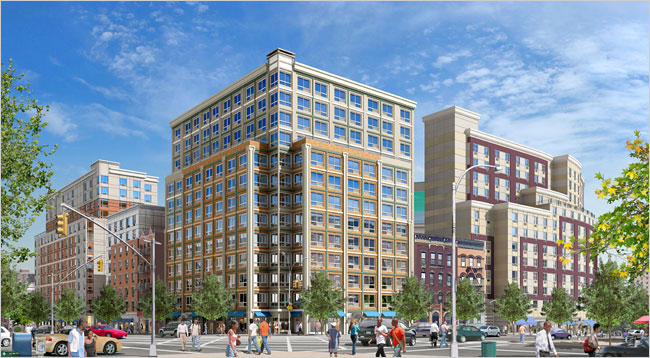 A rendering of the Boricua Village housing project in the Bronx. Image: Wired New York

This week, The Atlantic Cities has been carefully studying poverty in the United States and a few days ago they shared the depressing news that New York City ranks sixth among major U.S. cities with highest segregation of the poor. Today they’re exploring minimum wage (which is currently $7.25 for those of you who haven’t held a minimum wage job in while).

The article explores a new study that analyzed housing affordability by putting it in terms of how many full-time minimum wage jobs a person would need to afford a “market-rate two-bedroom apartment.” The researchers created a “housing wage,” which determines how much Americans would need to earn to commit the recommended 30 percent of their income to said apartment.

Overall, the housing wage in the United States is $18.92/hour or 2.6 minimum wage jobs, but large cities like our own require far more money from those seeking a modest two-bedroom.

According to the study, the housing wage in New York City is $27.69/hour, which is $8.77 above the national average and would requires a family to work the equivalent of 3.5 minimum wage jobs. NYC came in fourth place behind the Boston-Cambridge-Quincy area ($27.96/hour), Washington D.C.-Arlington-Alexandria ($28.25) and the ridiculously expensive San Francisco area where the housing wage is $37.62/hour or 4.7 minimum wage jobs.

The difference between us and them is that our population is increasing at a rate that affordable housing and our not-increasing-in-size island can’t (and may never) meet. Just today we learned that last year NYC’s population topped out at 8.4 million, the highest its ever been, and the trend shows no signs of slowing down.